Many great philosophers have asserted that our journeys through life are more important than the destinations. This is a belief which I largely embrace. However, when you strip away the metaphor and examine the day to day practicalities, the philosophy tends to wobble. I am talking, of course, about Southern Rail.

But before I embark on a travel weary rant, I think I should confess that I am an ardent supporter of public transport, especially the railways. This is not only because I think it is good for the planet. I also enjoy travelling by train.......at least I did. It would be great if my status as a train lover somehow conferred travel privileges, but it doesn’t. My hometown of Bexhill sits in an exclusively Southern Railway network. I suffer with the rest of my fellow passengers.
There are, of course, some positives. The coastal route from Ashford to Southampton is very scenic, something I have blogged about before. And, compared to travel into London, it’s relatively inexpensive.  My Tesco points are quite sufficient to convert into tickets for most of the longer rail journeys I undertake, though perhaps this says more about my shopping habits than it does about my travel needs.

So, clutching our £17-25 railcard reduced off peak returns, yesterday Chris and I set off to Bexhill Station for a trip to Southampton to visit family and take a short cruise with friends.
As always, the journey was planned for ease as well as speed. With just one change needed at Brighton, we envisaged an enjoyable start to our break, and imagined ourselves enjoying our picnic and two small bottles of wine on the train to Southampton.

Alas, our train to Brighton was cancelled, apparently due to over-running engineering works. Not a big problem, we were told, because we could catch the slightly later train to Eastbourne and still make our connection. In reality this proved impossible because to catch the Brighton connecting train we would need to disembark at Hampden Park and climb the steps of the footbridge to cross the line. This would be difficult enough on a good day, but for Chris, an older passenger with a visual impairment and two suitcases, it would be impossible. Now I come to mention it, why haven’t they installed a lift at Hampden Park? It’s a really busy interchange.
So we travelled on to Eastbourne, by this time beginning to bond with our fellow, long suffering passengers. There is nothing like a common enemy to encourage us Brits out of our usual reticence and into enthusiastic moaning conversation.
“I’m on my way to Manchester” explained a middle aged lady. “My ticket cost over £100.”
“Well at least you’ll get your money back, or some of it” I replied “if your delay is over 30 mins”.
“On Southern Rail, the partial refunds start at 15 mins delay” added a young man. And I began to wonder whether anyone on Southern Rail actually travelled without being eligible for a refund. It was then that one of the station staff told us that ice on the line had caused earlier delays. We resisted the temptation to mention that it was November, a time of year when ice might have been anticipated. Finally our train from Eastbourne to Brighton appeared. The tannoy then announced delays between  Lewes and Brighton due to animals on the line. “Probably stick insects” mumbled a fellow passenger with the great British humour which we seem to prefer to formal complaints.
We climbed aboard our train to Brighton. The Onboard Supervisor (formerly known as a guard) proudly announced that the train would arrive in Brighton on schedule….but not of course my schedule. By the time we reached Brighton we had missed our connection and had to wait 40 mins for the next train to Southampton. We ate our picnic in the cold November temperatures on a bench in Brighton Station.


Eventually we found ourselves sitting on the Southampton train. After an announcement about a short delay due to signalling problems we were on our way, finally arriving in Southampton some 62 minutes later than planned ..... but with the anticipation of a £17-25 refund.
Delay Repay

To find out more about Claire Baldry visit www.clairebaldry.co.uk 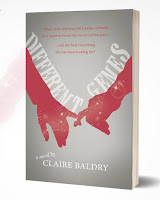 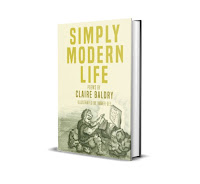