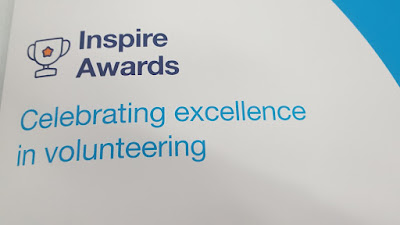 At the start of July Chris and I were invited to a lunch in Birmingham in recognition of our Diabetes UK South East Inspire Award for Fundraising. It was a short visit.....arrive, sleep, awards lunch, sleep, return to Bexhill.
So I have no great sightseeing tales or photographs to share. This is just a quick resume of our trip.
The journey from Bexhill to Birmingham by train is not straightforward. You have to transfer from St Pancras to Euston, either by the underground or a walk through the grounds of the British Library. We chose the latter, but only after one train from Ashford was cancelled and we were dumped at Stratford for half an hour. As a result we missed our connection. At least we had the foresight to take a phone pic of our tickets for our online 'delay repay' application.
We arrived in Birmingham, eventually. 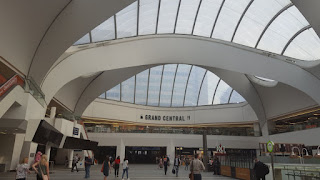 I would like to have spent more time exploring the massive shopping centre which was an integral part of the station complex. In the interests of our budget, it is probably just as well that we arrived late. There are many exits from the station. This is my excuse for getting lost en route to the hotel. It was good exercise.
We had chosen to stay at an Ibis Hotel in China Town, within 5 minutes walk of the station if you didn't get lost. 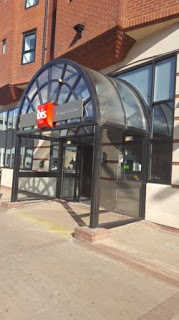 Ibis is a budget chain of hotels, so, as expected, our room was small, but well appointed with free wifi. Its ground floor decor was slightly bizarre. 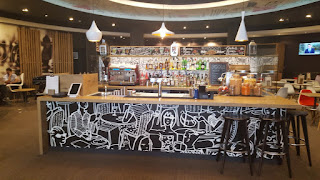 It took some time to find the lifts. 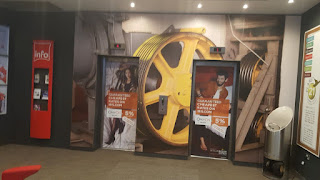 We were tired after our eventful journey, but we found a pleasant Greek restaurant very close to the hotel. 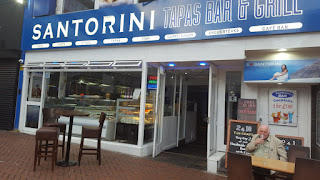 And yet again we visited a Wetherspoons the following morning for breakfast, named  The Dragon Inn after its Chinatown location. 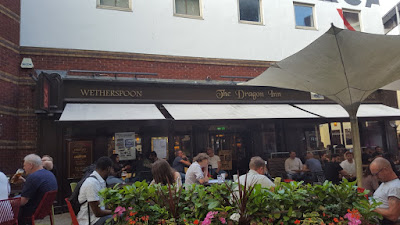 A very kind member of staff then took our photograph in the hotel lobby before we headed towards the Banqueting Suite at Edgbaston Cricket Ground. 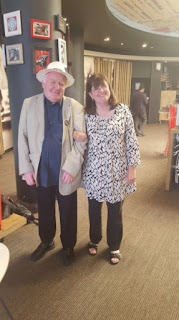 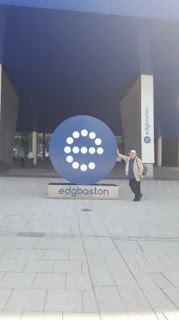 The suite itself was spacious and beautifully laid out with a large balcony overlooking the cricket ground. 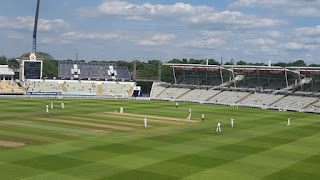 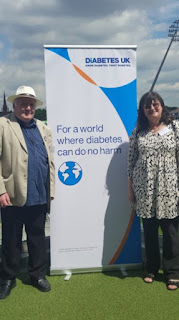 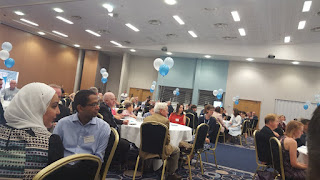 Although Diabetes UK supports people with both Type 1 and Type 2 Diabetes, a lot of their supporters have Type 1. I don't think I've ever seen so many insulin pumps and pens in one room.
It was a fabulous occasion, and we were pleased that we decided to go, despite the travelling. 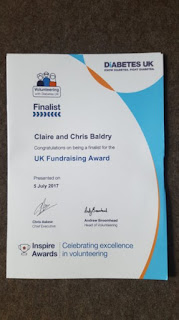 So our planned travels are over for a few more restful weeks, though I might write a short 'book' blog in August. But the cases are still out, waiting to be filled......not long now until we head to New York!!!