A Taste of Wetherspoons

I don't normally write about just one eating venue, but as we will shortly be welcoming a branch of Wetherspoons to my hometown of Bexhill, I thought the following information might be of interest.
When Chris and I go travelling we often eat at Wetherspoons. This is not because it is especially appealing, but we do think it offers exceptionally good value. The service we have received there has always been excellent, the atmosphere feels family friendly and safe, and the quality of food is consistently acceptable.
Please note that all opinions in this post are my own. To check accuracy or get more details, readers should refer to the Wetherspoons website.
In the past few years, we have visited several eateries in the Wetherspoons chain. Each has a similar feel, but is named and decorated after a local venue or event. The one in Bexhill is destined to be be called 'The Picture Playhouse' after the cinema which was originally housed in the building in Western Road. 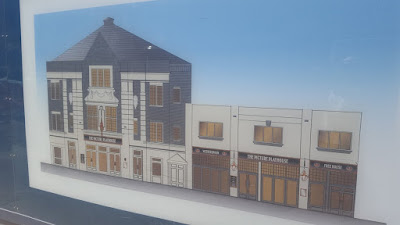 I remember going there about twenty-five years ago with my daughter to watch 'The Muppets Christmas Carol'. At that time it was poorly heated with worn uncomfortable seating, It was desperately in need of investment, and the cinema closed a few years later. It will be interesting to see how Wetherspoons choose to revive the old place. This post contains no 'insider' knowledge about the Bexhill Playhouse. It is based on our recent trip to Leicester. There was a Wetherspoons just down the road from our town centre hotel. The weather was very hot, and the choice of local restaurants was limited, so we found ourselves in the Leicester Wetherspoons more than once. In recognition of King Richard III, who was recently exhumed from underneath a nearby Social Services car park, the Leicester Wetherspoons was called 'The Last Plantagenet'. 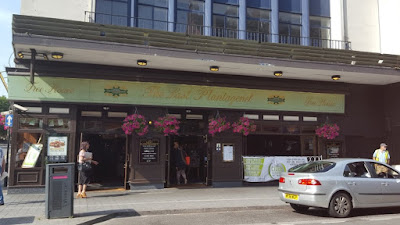 It was very spacious inside. 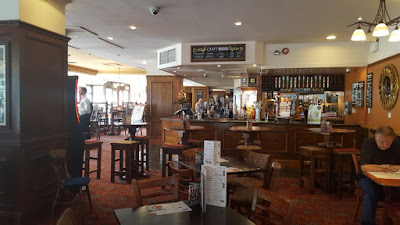 I have no idea if the menus and prices in Bexhill will be identical, but I'm assuming that they will be similar. Tuesday was 'Steak' night. 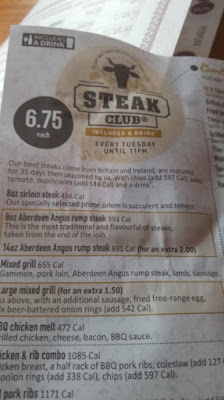 £6-75 purchased a main course and a drink.
Chris ordered an 8oz steak. I had the chicken and ribs combo. 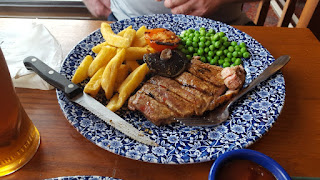 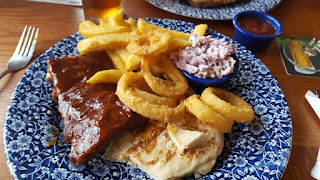 The following day we went back for breakfast. 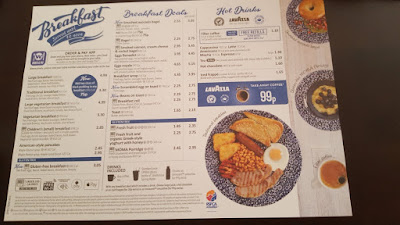 A full English cost £3-30. We opted for a generously filled bacon roll with unlimited coffee for £2-75 each.

Thursday was curry night. Not our choice, but it looked okay, if you like curry! 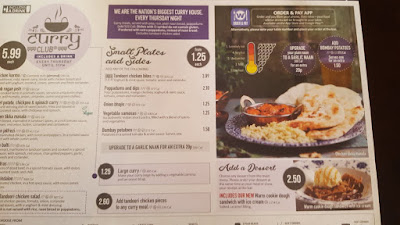 Their burgers were very good. 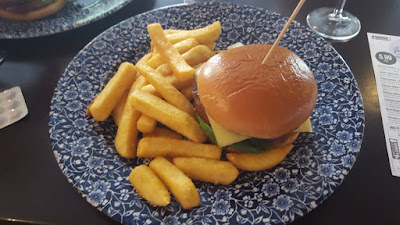 Having a Wetherspoons finally invade Bexhill is a big event for our town. We don't take easily to change and would have loved the cinema to have retained its original purpose. There are concerns about parking and the impact on other traders. But I'm rather hoping that Wetherspoons will bring more trade and investment to our lovely town. It certainly looks impressive, when you sneak a look inside through the barriers. Only time will tell. In the meantime, see you there next month? 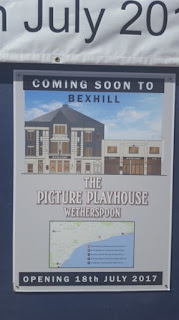